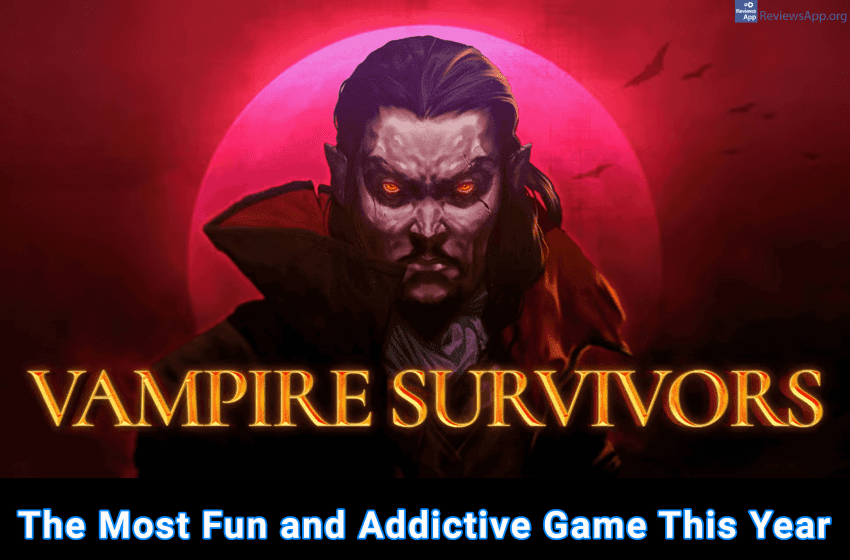 Vampire Survivors is a video game that you can buy through Steam and it costs $4.99. However, you can play the demo version of the game completely free through the website. The first thing we have to say is that this demo version is not a small part of the game that you finish in a few minutes, but it can give you hours and hours of fun so it is well worth your attention.

What Is Vampire Survivors?

The base mechanics of Vampire Survivors are not something we are used to, although we saw something similar in the game Crimsonland some twenty years ago. When you start the game, you’ll notice that the attack button doesn’t exist, and the only commands you have are up, down, left, and right.

You are in the role of a hero who is constantly attacked by hordes of all kinds of monsters, and your goal is to survive for 30 minutes. Your attacks happen automatically, every few seconds, and your only task is to successfully avoid the enemies, who can kill you in just a few moments if you are careless. 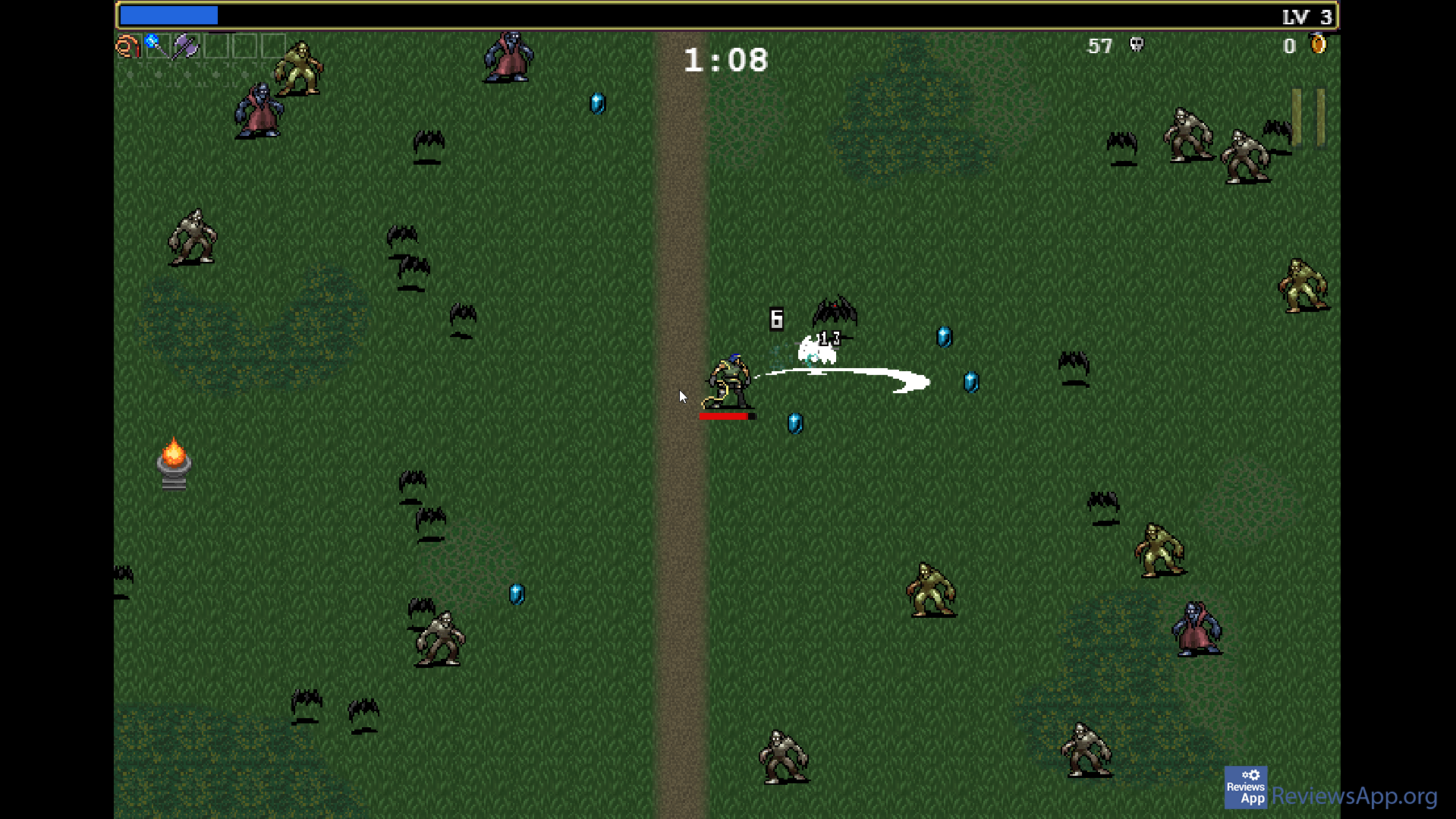 This whole concept may seem a bit simple, but don’t let that fool you, we can safely say that Vampire Survivors is one of the most fun and addictive games of this year, if not the last 10 years.

As you kill enemies, blue, green, and red crystals will drop from their dead bodies, which you collect, and when you collect enough of them, they will get a level up. You will then be able to choose one of three or four randomly chosen skills, which can be attacks and passive abilities. 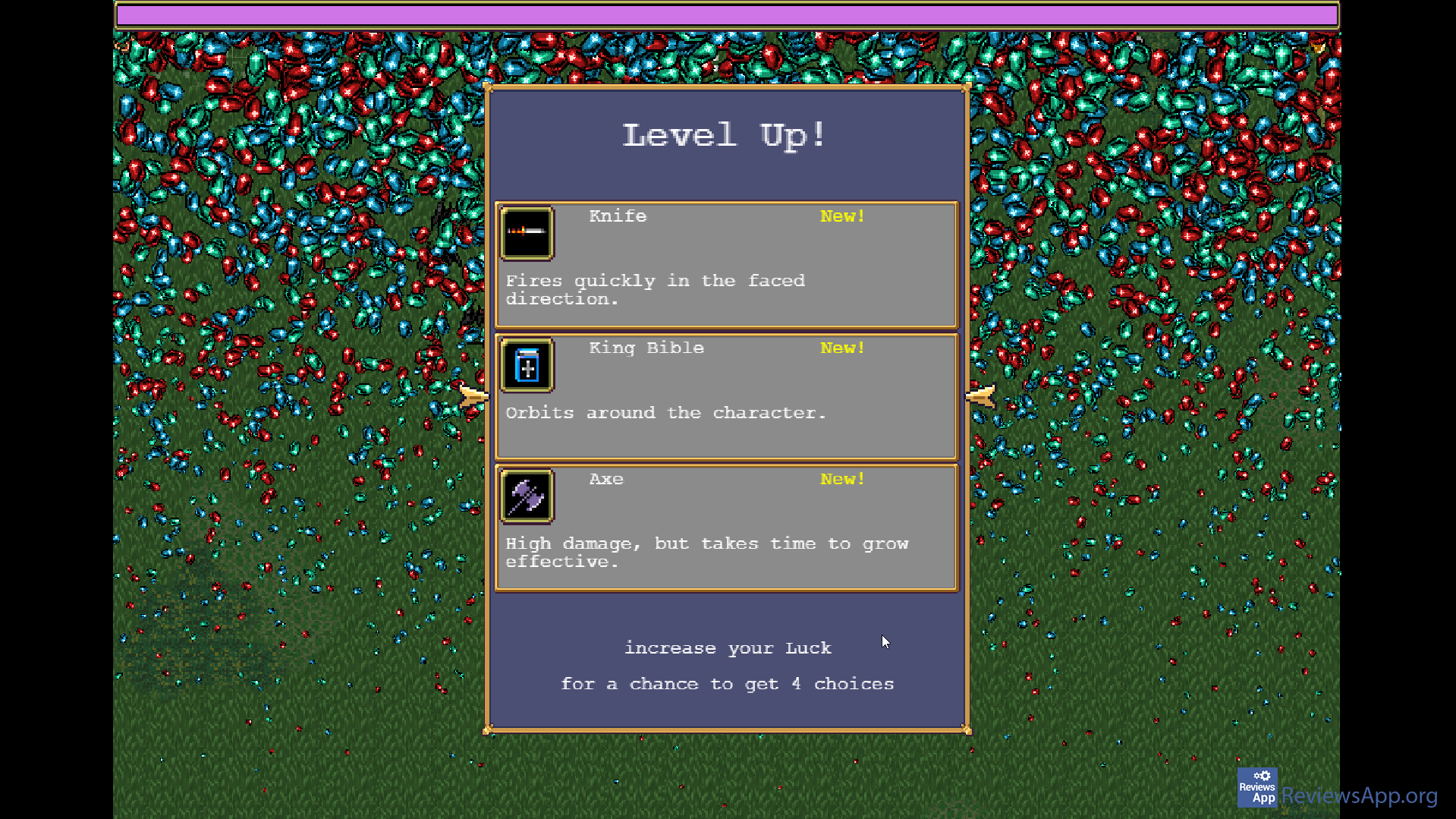 Passive abilities, as their name suggests, passively power up your hero, for example, you run faster, have more hit points, fire more projectiles, and so on. Practically, you can boost every aspect of your hero.

The real fun comes with attacks and the game’s creativity shines brightest here. You have simple attacks like throwing knives, whipping, and shooting fireballs. Then comes the attacks such as vintage carriage wheels randomly rolling across the screen, axes flying in all directions, bibles spinning around you, or cats walking across the screen, scratching enemies, and sometimes fighting each other.

You can upgrade each attack to what the game calls an evolved version, which often has an effect that is extremely difficult to describe in a few sentences. You can have a maximum of 6 different attacks, and when you evolve them all, your screen will light up more than a light show at a rave party.

We don’t hide the fact that we are big fans of Vampire Survivors and we absolutely recommend it to you. The game is currently in Early Access, which means it’s not finished yet. We’re used to games coming into Early Access full of bugs and having very little content, but that’s not the case here. During the several dozens of hours we’ve played it so far, we’ve come across a few bugs, but nothing too serious, and the fact that we’ve been playing it this much shows that there’s plenty of content, even in the demo version. If you like the demo version, we suggest you try the full version because this game deserves to be in your library. 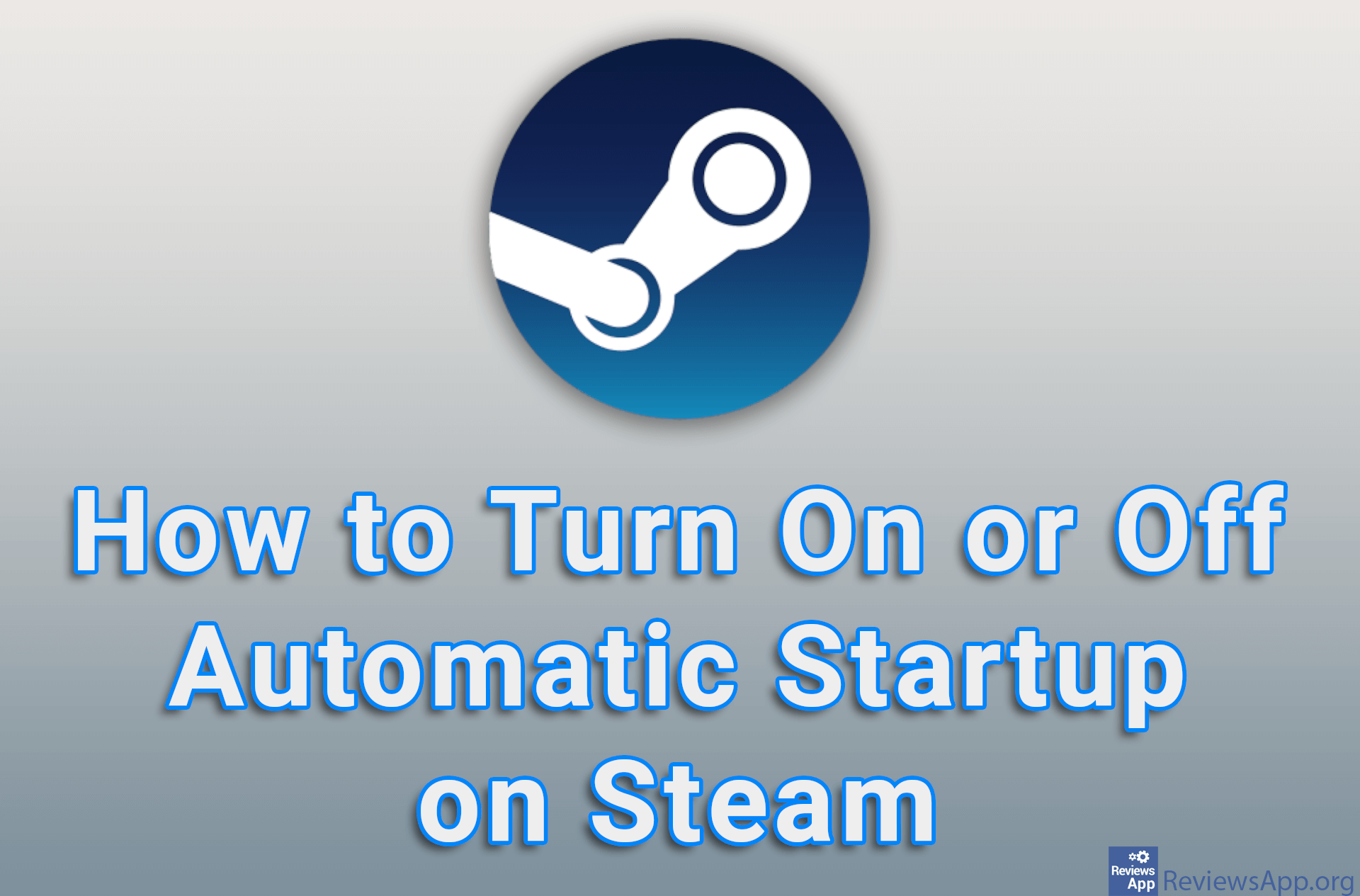 How to Turn On or Off Automatic... 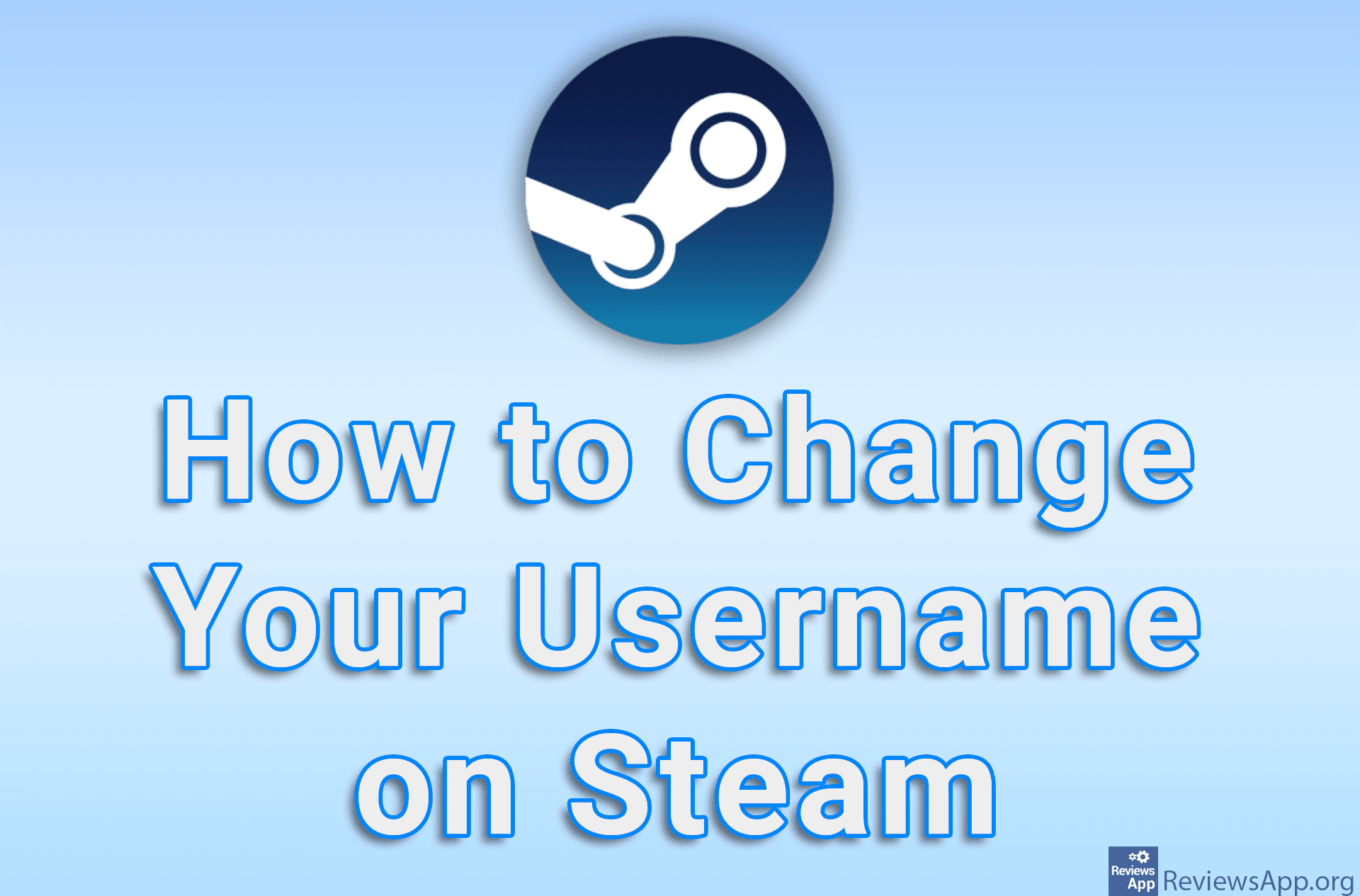 How to Change Your Username on Steam 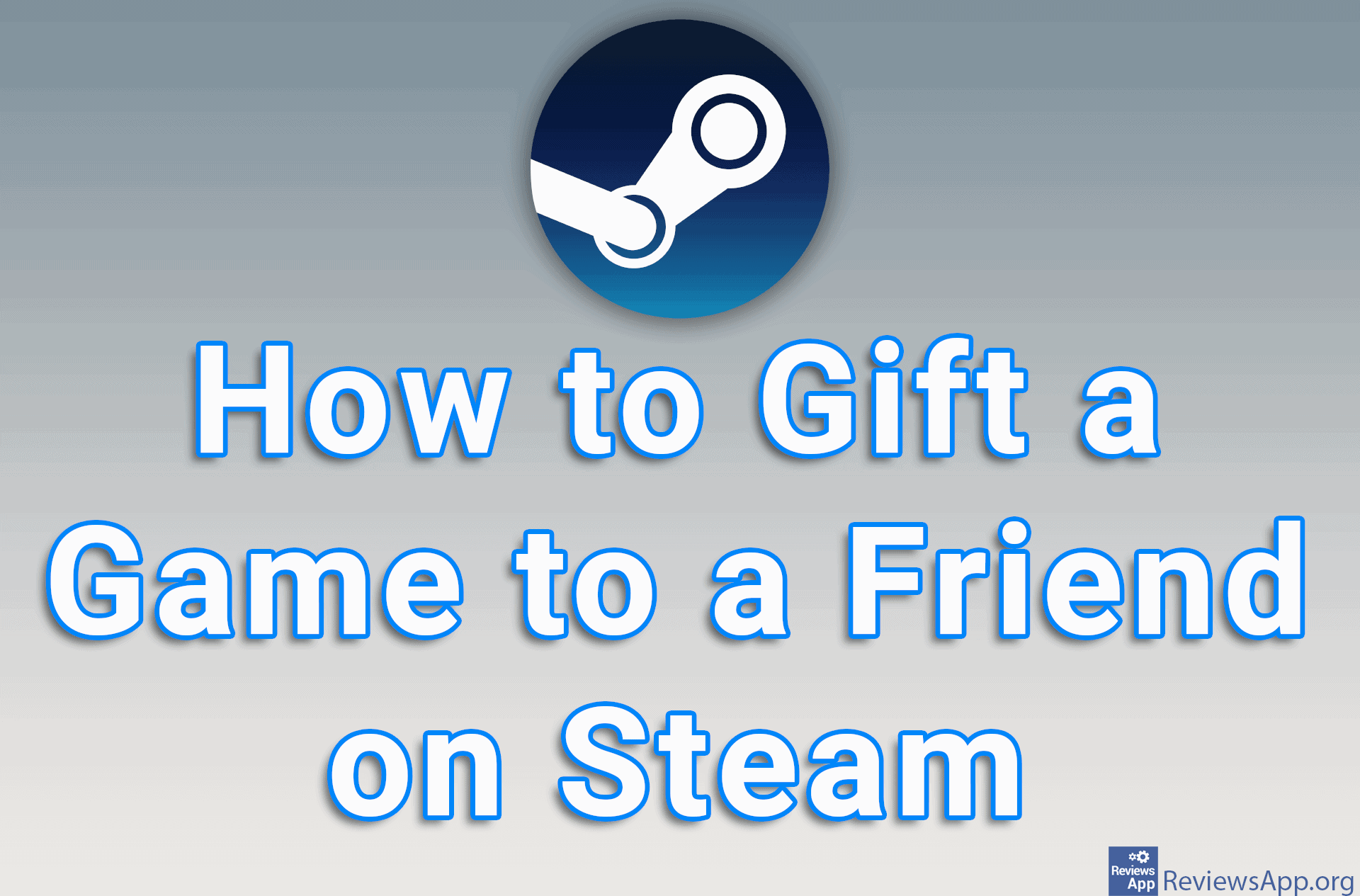