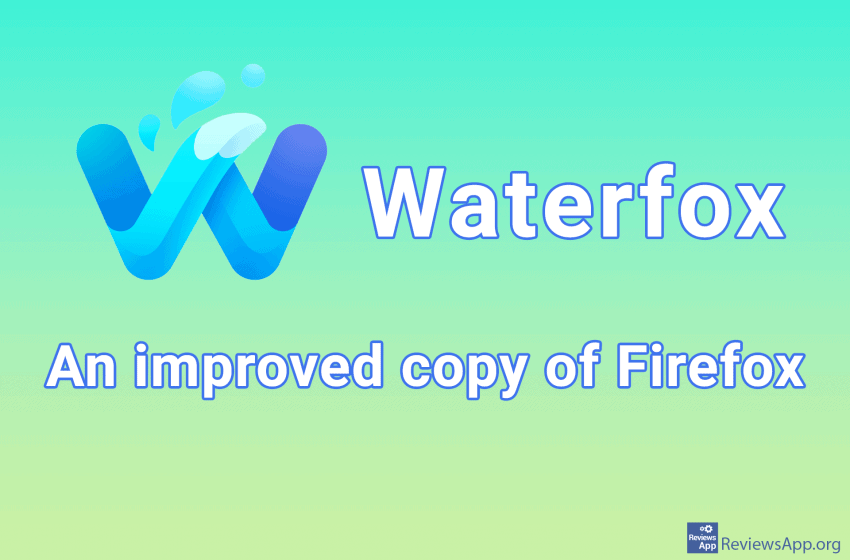 In the software market, we have a bunch of programs that all do the same thing, some better, some worse, some stand out for their specifications or business model, and some focus on a specific task. The point is that no matter what we want to do, we have a large selection of programs at our disposal to help us with that.

Today we are writing about an internet browser that at the same time stands out from the competition and copies it without any shame. Waterfox is a free internet browser for Windows XP, Vista, 7, 8, and 10, but only for the 64-bit version. If you have a 32-bit version of Windows, the program will not work.

Right at the beginning, from the name Waterfox, we see a resemblance to Firefox, and that’s not the end of the similarities. Waterfox was created in 2011 and was made by Alex Kontos (Alex Kontos), who was only 16 at the time. A similar name with Firefox is not a coincidence, as Waterfox takes Firefox as its basis, but according to the author, it focuses on freedom and choice in its use. Because of this, in the rest of this text, we will often compare these two browsers. 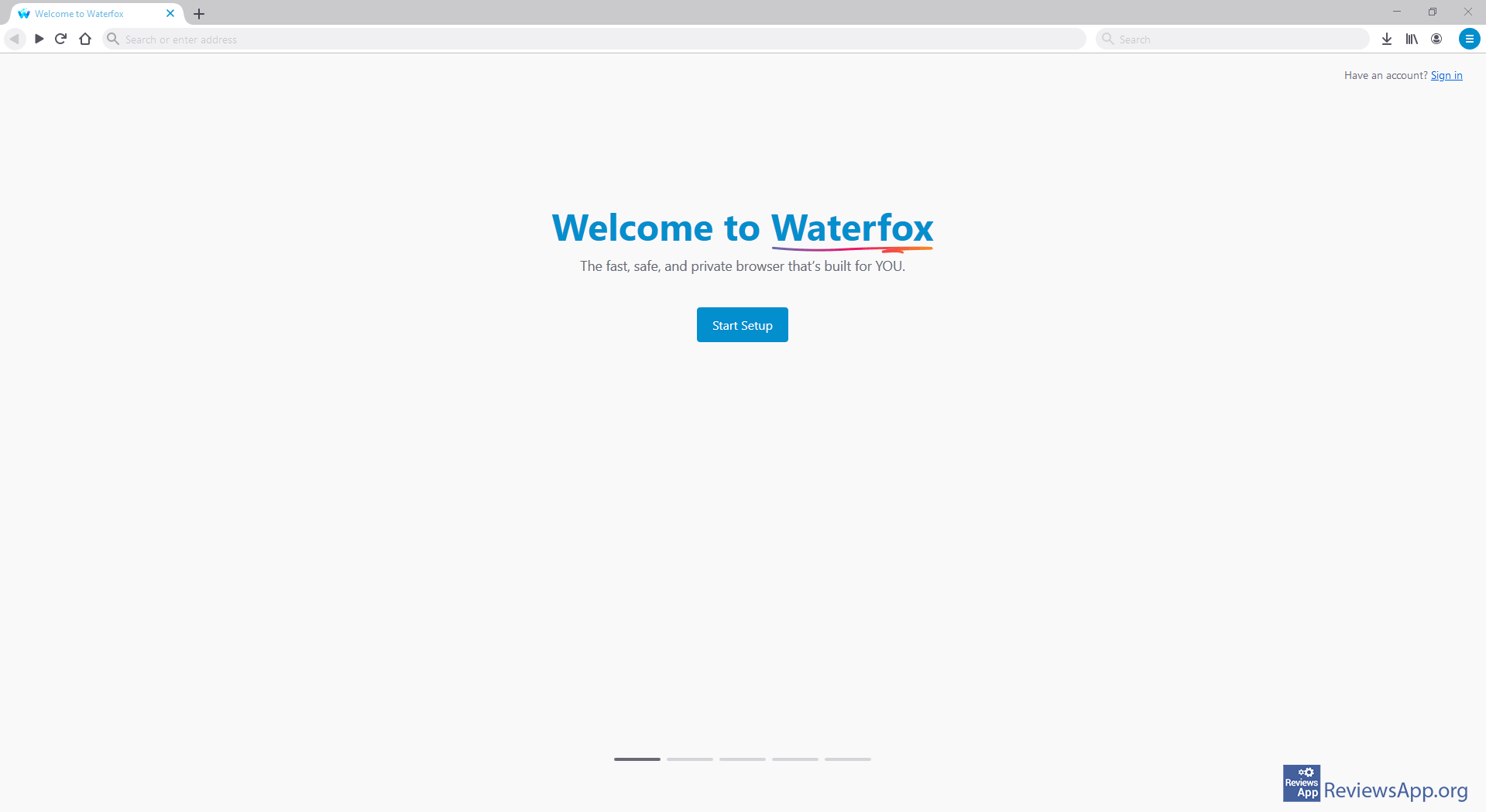 If you look at the image below, which shows the two menus, we won’t mind if you think we made a mistake and put two of the same images next to each other. But if you look more closely, you will see that it is a menu of Firefox and Waterfox. This is not the only similarity in the user interface. You will often see icons or entire menus copied directly from Firefox. We’re not sure what the intellectual property law says about this, but given that Firefox has a phenomenal user interface, Waterfox does, too. 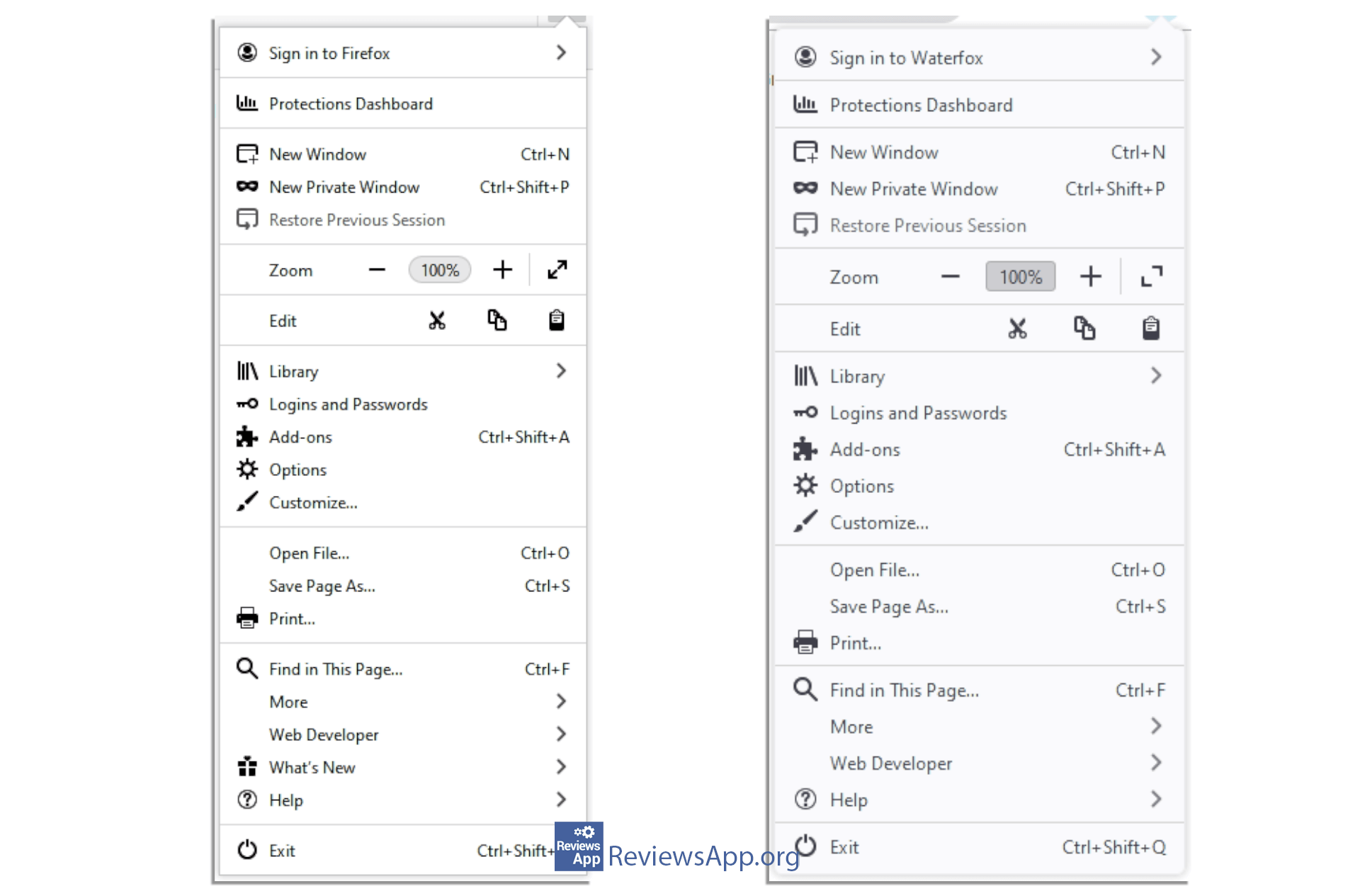 Waterfox does not collect user data. It tries to keep you anonymous on the Internet, it has a pop-up blocker, and most importantly, it allows you to modify it however you want. It achieves this by not limiting which plugins you can install, unlike Firefox and Chrome, even those that will completely change the browser’s functionality.

From a technical point of view, Waterfox works exceptionally well. Pages load noticeably faster than in Firefox, and by looking at the memory consumption and CPU usage while using Waterfox, we also noticed that this browser saves the resources available to it and uses them less than Firefox.

We especially liked the fact that when you first start the program after installation, you will be offered to transfer all the settings from the selected browser that you used until then. All passwords, bookmark tab, last opened web pages… Of course, if you don’t want to, you don’t have to do this.

Does this mean that Waterfox is simply a superior version of Firefox? It’s amazing to say this, but for most users, yes. The main problem is that some users report occasional freezing of tabs or the whole program. The only solution to this problem is to restart the program, but this does not apply to all users, and we did not encounter this problem.

There is no doubt that Waterfox is a copy of Firefox, with improvements in certain aspects and possible problems in others. In any case, we recommend that you try it out and see if you like it. 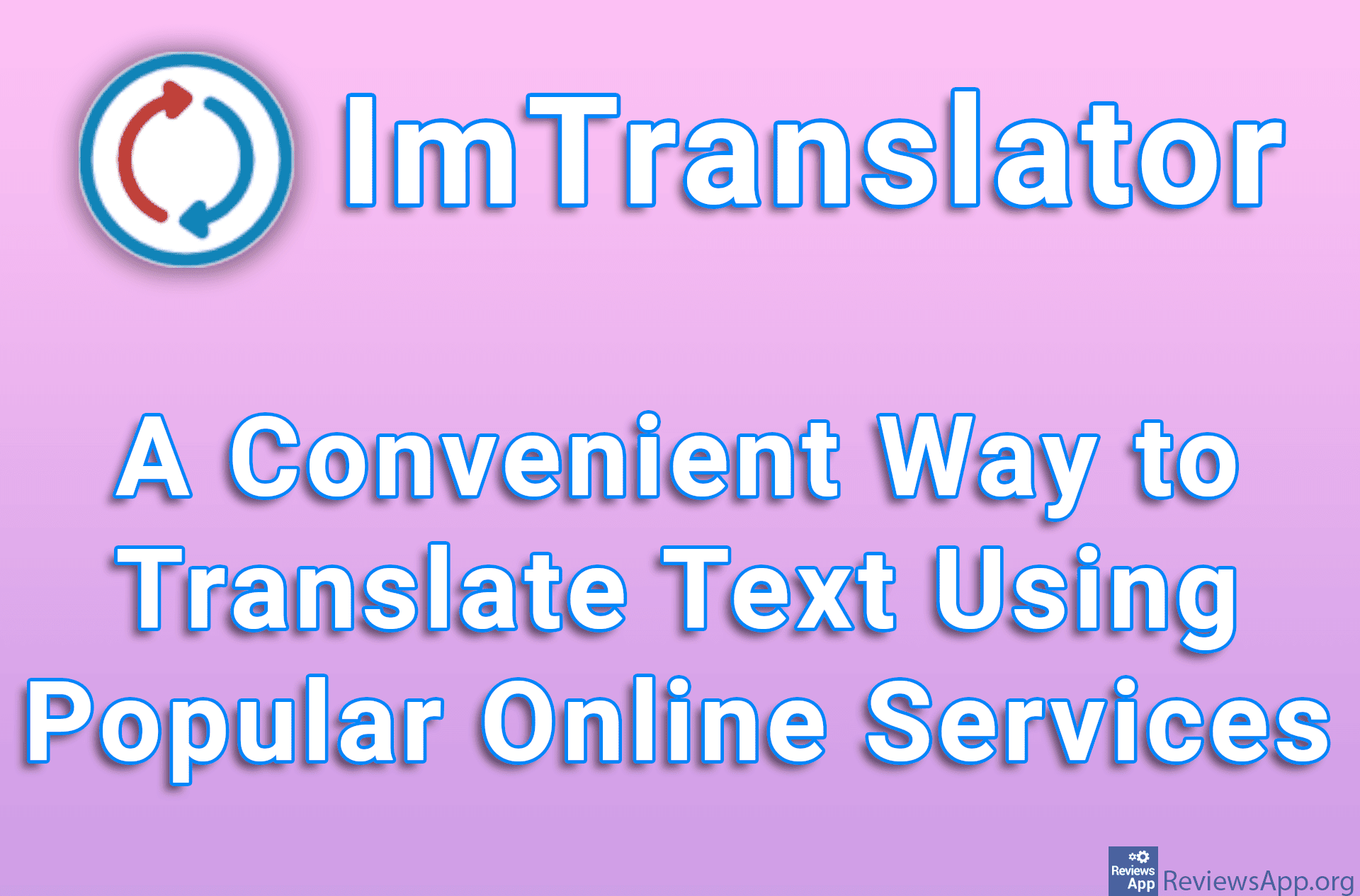 ImTranslator – A Convenient Way to Translate... 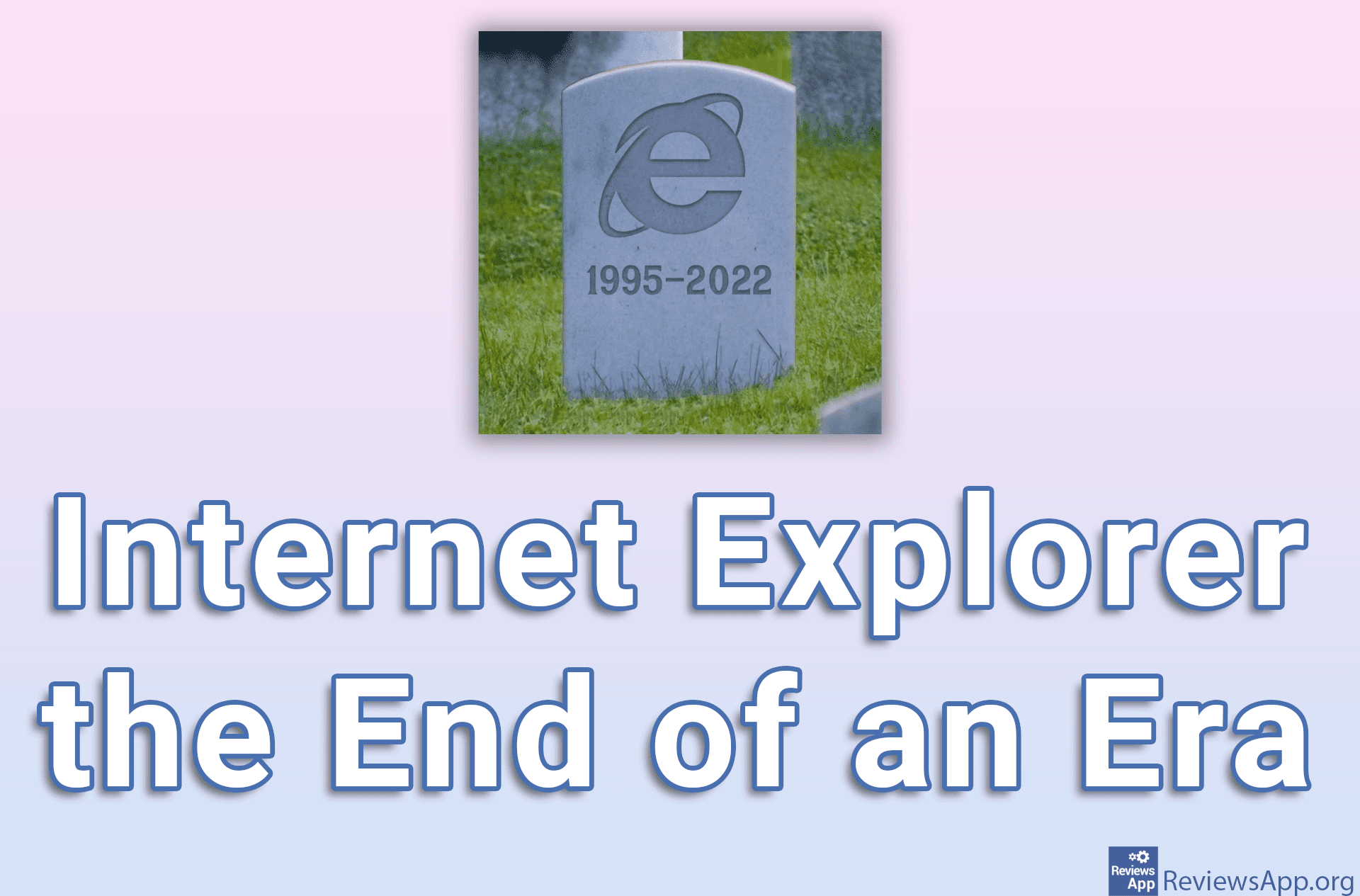 Internet Explorer the End of an Era 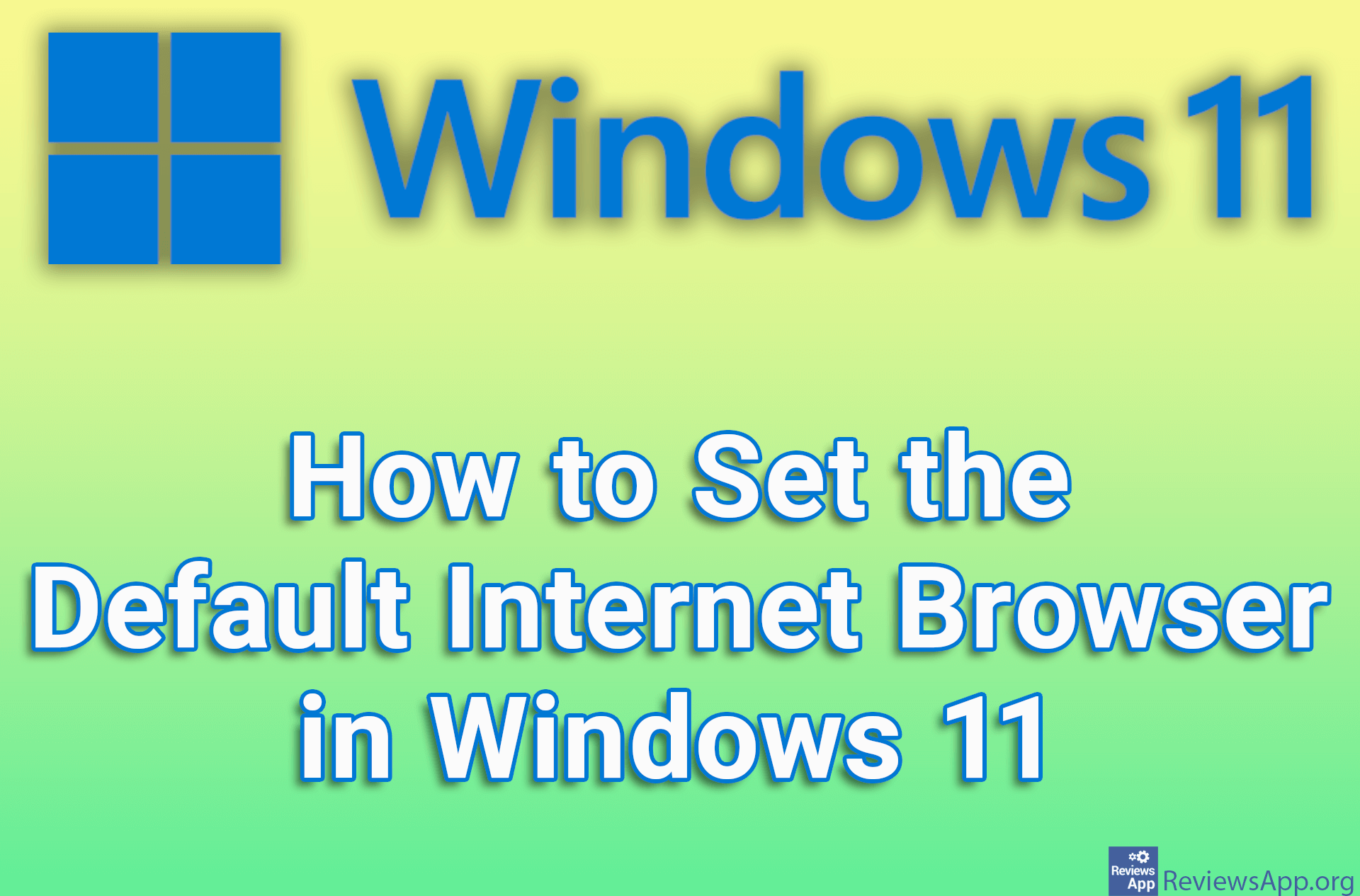 How to Set the Default Internet Browser...